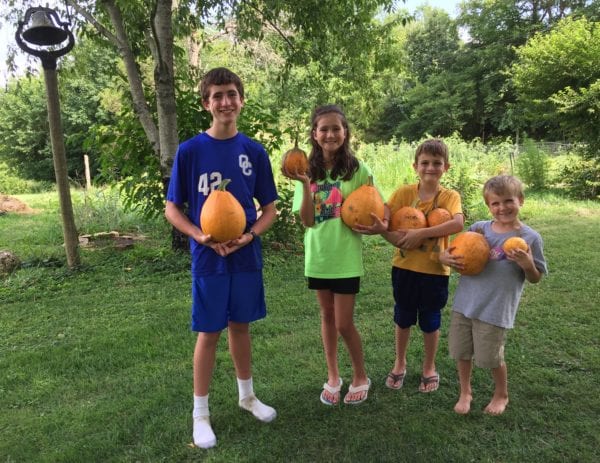 Pumpkins for all 4 kids from our volunteer pumpkin patch.

Our pumpkins are poppin’, just not where we planned.

It’s like Halloween in July! Exciting times hit this weekend as we checked on the volunteer pumpkins that were growing in a wild, weedy, area where we had a pumpkin patch last year. We noticed about 6 plants sprouting in the early spring, volunteers from last year when we had several dozen plants produce about 75 gourds of assorted sizes.

Lurking in the weeds were some real beauties. 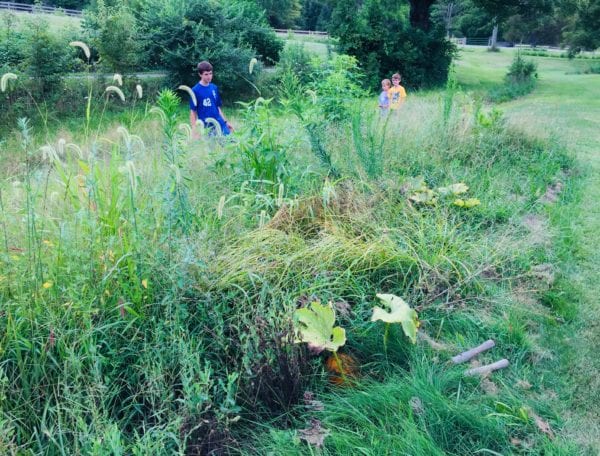 The boys on a treasure hunt in the overgrown patch.

The weeds were so overgrown that you could hardly tell that there were jack-o-lanterns growing in that area. Peering into the wild growth, our eyes could spot a pop of orange. We knew that the volunteer plants had produced some fruit, but it was sort of like a treasure hunt checking just how many were successful. 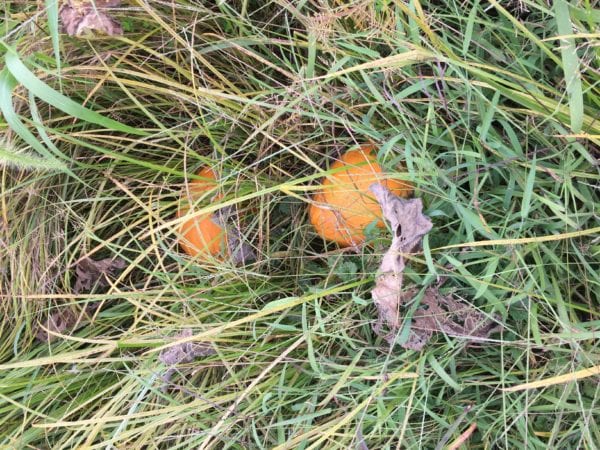 Four of a kind, just the right number.

While we had (and to a point still have) hopes for a large harvest and roadside stand, the volunteers produced 4 very nice sized, brightly colored, orange pumpkins. Since we have 4 children, that number of pumpkins is the magic number. We also found 3 small gourds that had grown under the weeds. Our search uncovered that another couple of pumpkins had gone bad on the vine.

Why harvest in July?

This was a very early harvest, but it was needed. The pumpkins were ripe and their skin tough enough to repel a fingernail. It was time to pick them or we might have lost them to bugs, deer or mold and the weather. We’ll store the pumpkins in a back room that stays cool and dark until it’s time to display them this fall. It’s still so very early, but they ought to keep until Halloween. In the meantime, keep your fingers crossed that our pumpkin planting experiment pays off. 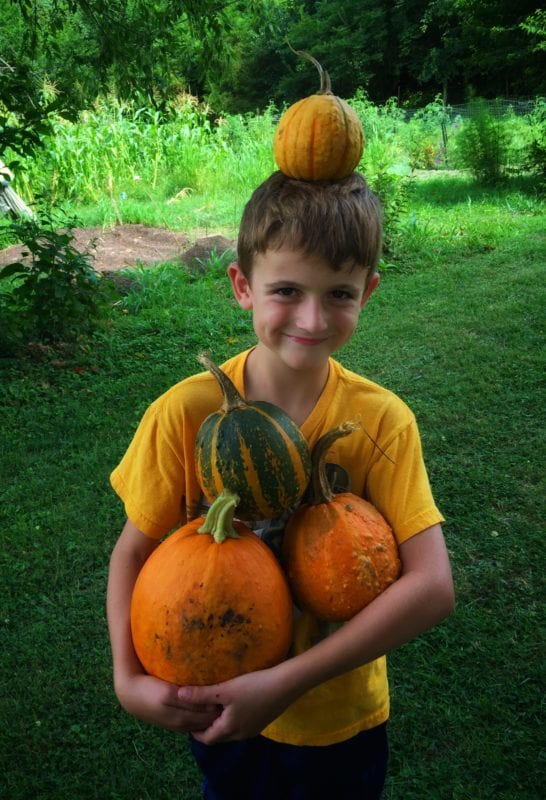 Our son, Brooks, always keeps us in stitches, Here he proves he can carry 4 pumpkins (1 on his head).

Learn about Amy, Chris & their family as they take on an adventure that has many of their friends thinking they’re crazy (even if they secretly envy them).