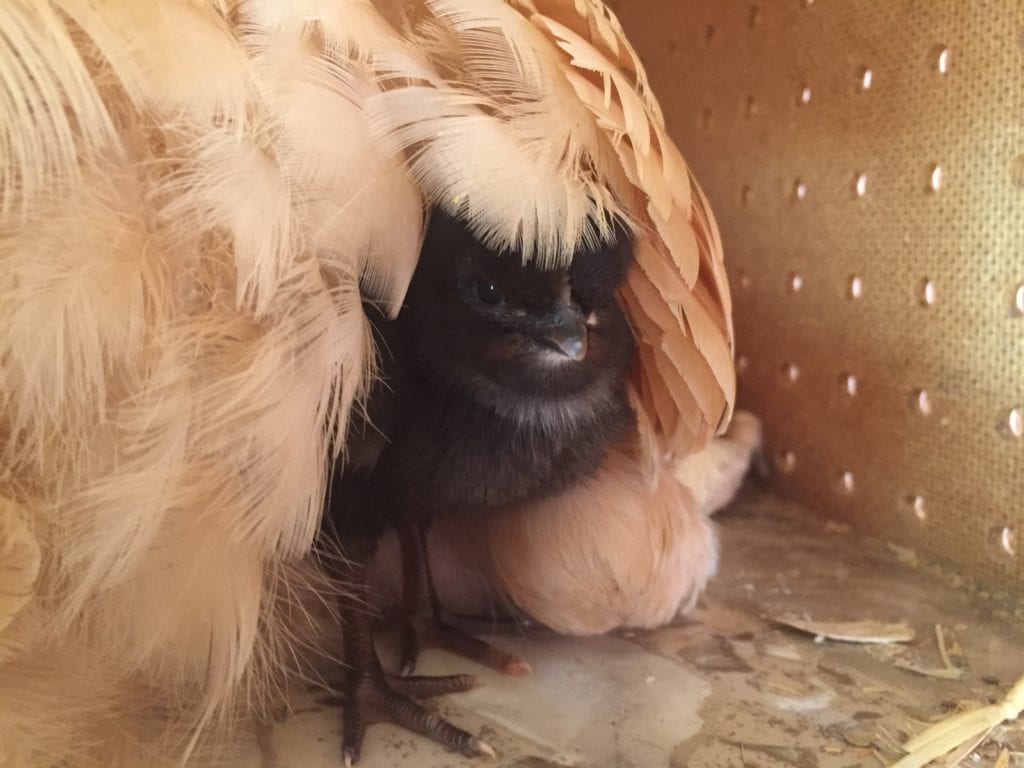 In late summer we noticed that our beautiful BuffOrpington chicken, “Blondie”, was the last bird in the coop for the night. Every night she wandered about the chicken run until well after dark. As summer gave way to fall, Blondie was hardly seen. Our 12 year old son, Mack, discovered why during a check of the egg boxes. One afternoon he noticed that Blondie was in an egg box and it appeared there was an egg under her.

We tried to give her space as we hoped and prayed that she was getting broody. We had only been “chicken people” for about 6 months and wanted to experience hatching chicks.

About three weeks later Mack was checking on the coop when he heard the unmistakable, “Cheep! Cheep! Cheep!” of an excited, newborn, chick.

Boy were we surprised though. This chick was dark black. Mama was blonde. Dad, “Roostavo”, was a bright, brown, Rhode Island Red. We were puzzled. 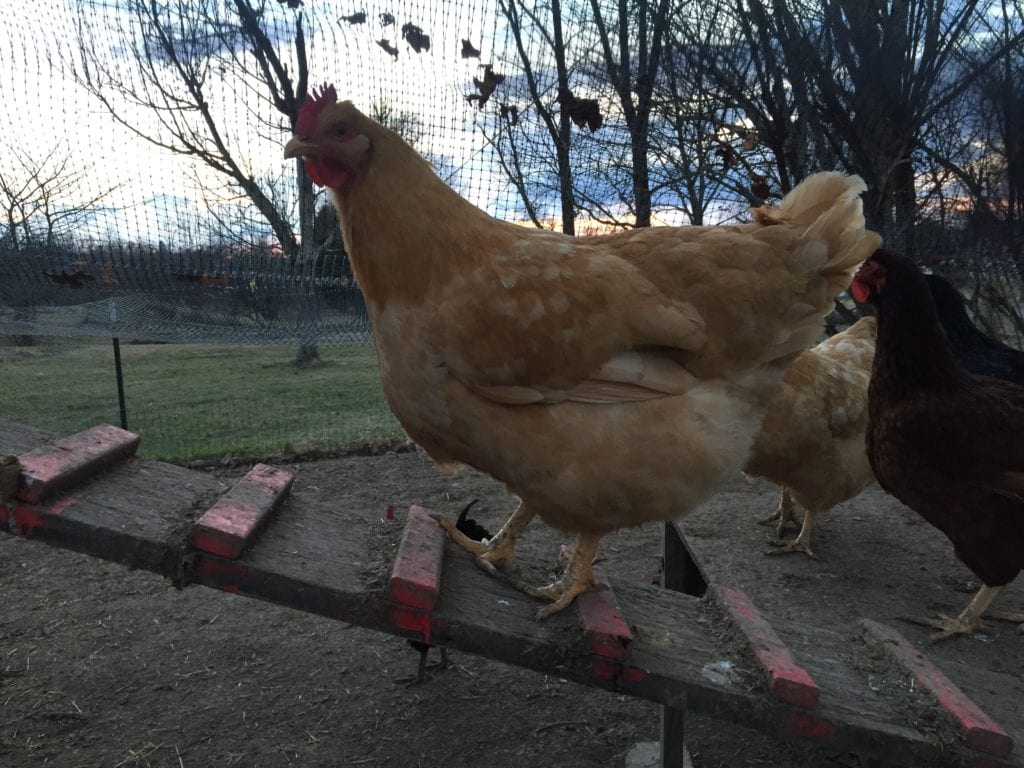 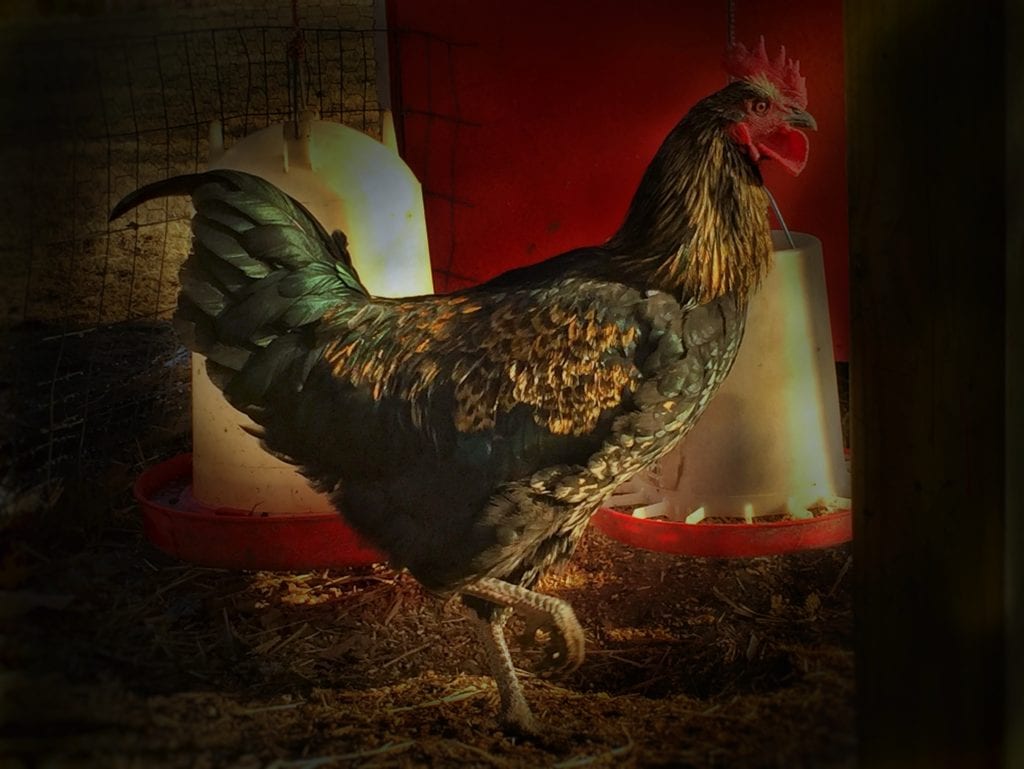 The next day, Chris was checking on the coop and opened to door only to come nose to beak with another cheeping chick! The second chick looked just like the first and nothing like mama or dad.

We nicknamed the newborns “Thursday” and “Friday” for the days on which they hatched (Chris and Mack wanted to name one Kiké and the other Hernandez after the Los Angeles Dodgers player because the chicks were born on the night of and day after the ballplayer hit 3 homeruns in a playoff game against the Chicago Cubs).

We began to wonder whether Blondie had hijacked a couple of eggs from two Australorps we have. They, like the chicks, are coal black. It’s the only theory that makes sense.

It was such a joy to watch the mother hen teach “Thursday” and “Friday” how to eat and drink, introduce them to the flock and keep them tucked tightly underneath her wings, warm and protected from anything that might cause them harm.

The chicks looked nothing like mama, still she loved them the only way a mama could.

It just goes to show, it doesn’t matter what you look like, Mama’s gonna love you just the same.