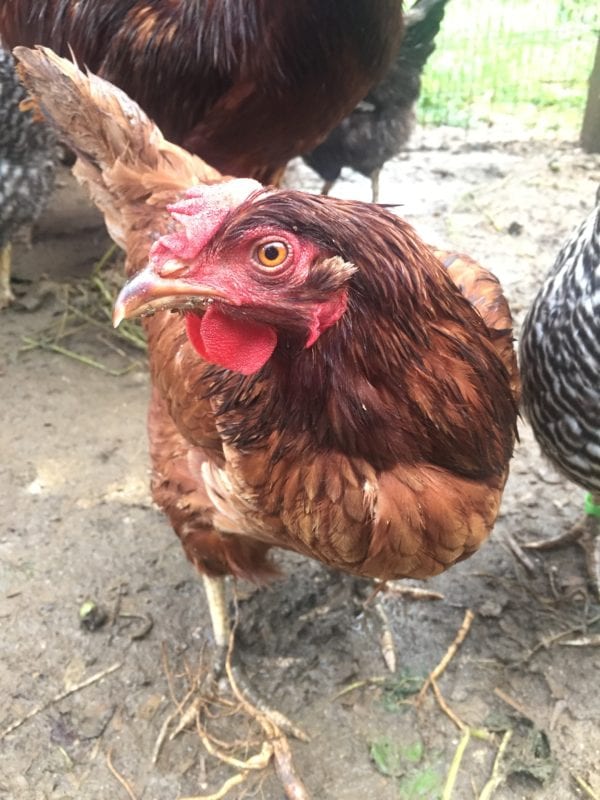 Is this “failure”? A dirty muddy chicken does not make for a typical “pretty” social media post.

Failure can create valuable lessons on the homestead, workplace or life.

This homesteading adventure that we’re on is opening up all sorts of opportunities to face the “F” word… “failure”. In life we try to avoid failure, no one likes to be labeled a “failure”. It’s a brand that’s hard to shed from the psyche. People often post only perfect pictures on social media… we’re trying not to airbrush our failures. Plants don’t always grow, we don’t weed the garden enough, animals get muddy and stinky and when we write about “reclaimed” materials they don’t always look like the chic creations people spend good money for at a boutique. Real life is often a #NoFilter mess. Here on the homestead you have to realize that you’re going to fail even when you think you can’t. We’ve found that, the only way to survive, is to embrace the “F” word.

Failure and another “F” word as motivators.

In my professional life, failure has been a major motivator… but so has the fear of failure. Failing to land a story, failing to get the facts straight, failing to perform up to standards equals losing a job. Lose a job, any job, because you failed and who knows when or if someone is going to be willing to take another risk on hiring you. Fear of failure can motivate is powerful.

In the old days, if you failed on the homestead, you might starve to death. Fortunately for us failure on our homestead does not mean that we won’t eat. Still, we are going to stick to our word and our Homegrown Thanksgiving Challenge by only having items we provide ourselves on our Thanksgiving dinner table. When we launched Our Homestead Adventures and devised the motto, “Learning By Living”, we had no idea how accurate that mission statement would be. This also meant that we could not avoid admitting that we failed even if it was embarrassing. 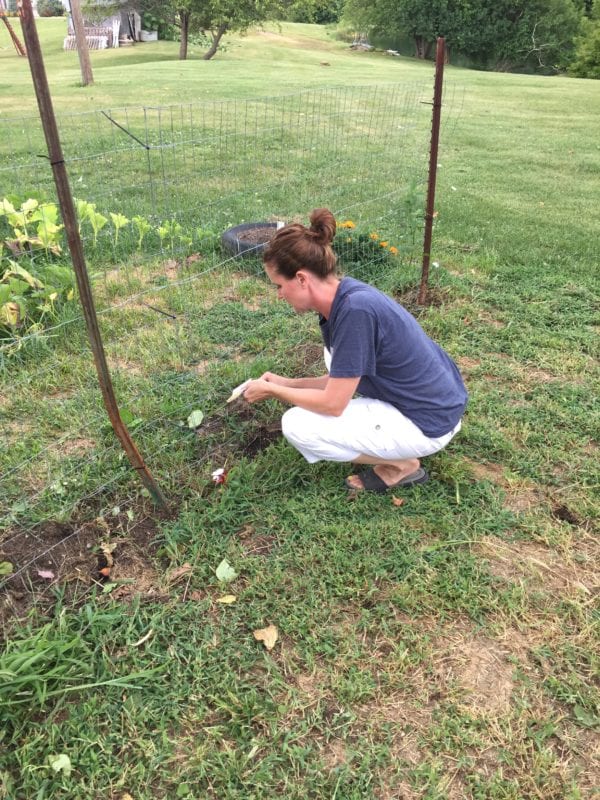 Amy replants beans after our first effort failed to produce much.

We’d rather eat our veggies than fail.

This week we realized that we failed on cucumbers and beans. For some reason our cucumbers were turning bright yellow as they matured. They would go from small, to too big and yellow, in days. Those yellow cucumbers were awful when we tried to pickle them. It’s too late in the season to try again, so we cut our losses and will study where we might have gone wrong and reach out to some experts with the local extension office for advice. Our wax beans and peas only produced a small amount this season. The last set of beans were dry and lacked flavor. The plants began to droop and looked spent. We tore them out because there’s still time to try again. This time we’ve used a bit of natural fertilizer that we had not the first time around.

This week we also found ourselves on the edge of failing and a real pumpkin predicament. Our pumpkins just seemed to be lacking something. Many of our 225 plants that sprouted on the hill were growing but after 4 to 5 weeks they just didn’t seem to be growing fast enough. Many of them have failed to vine-out. This failure is a big deal for me personally for reasons I’ve written about including the hope of having a pumpkin stand this fall. I began to wonder whether I simply planted the pumpkins too close together for them to grow, if my decision to plant them in a way that prevented me from trimming the grass around the mounds was forcing the plants to compete for nutrients or if I should have done a real soil analysis before making my decision to plant on the hill. Instead of crossing off this effort as a failure and moving on, I’ve spoken with local farmers and admitted my failure. They did not laugh at me for trying, instead they offered insight, advice and emotional support in the form of cheering for us to succeed. I spoke to our beloved neighbor, Bob, whose mower could reach in between our narrow mounds. Bob was more than willing to carefully mow the area to give the plants a better shot at sunlight. I admitted to our kids that Daddy may not have had the best plan and that we needed to add some “vitamins”. They seemed to enjoy taking part by carrying water to give the plants a drink after I mixed some fertilizer around the mounds. Our 13 year old son was a huge help clearing the plants of grass clippings. I feel that, if we fail, we have made our best effort to correct the course.

Failure is always an option.

Failure may not be what you crave, but it’s always an option. What separates those who eventually succeed from those who don’t may be how you embrace the failures along the path to success. Whether it’s a garden, a homestead, a recipe or your paying gig, don’t be afraid of the “F” word… embrace it. Nobody is perfect, Our Homestead Adventures is proof of that. Realize that we’re all “Living By Learning”.